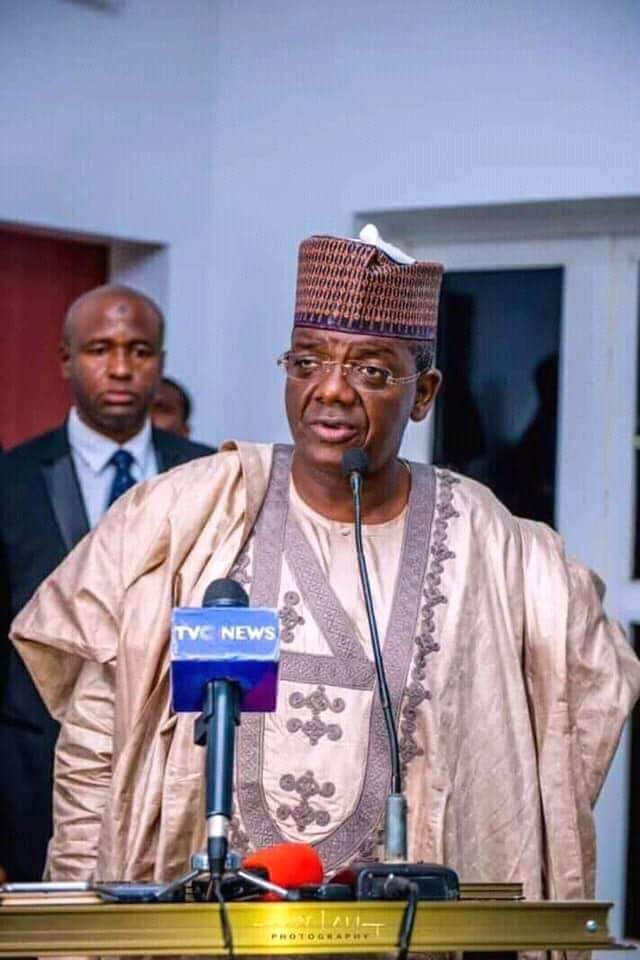 No fewer than 50,000 members of APC loyal to Sani Jaja dumped the Party for Matawalle’s PDP today. Jaja was a former member of the National Assembly and Matawalle’s opponent during the Gubernatorial elections in the state.

In a colourful ceremony at the Government House, the decampees who included the Executive members of Sani Jaja campaign organisation surrendered their loyalty to Governor Bello Mohammed.

The Spokesman of the decampees, Honourable Sani Abdullahi, who is also the Secretary to the Sani Jaja Campaign organisation said their decision was taken out of good faith and that all their followers have become convinced that Matawalle was the best option for Zamfara State.

“We have decided to abandon the Sani Jaja Campaign organisation for Matawalle because it has become glaring that Jaja was not the man for the job against Matawalle”, Alhaji Sani observed.

Receiving the decampees, Governor Bello Mohammed commended their foresight and promised to carry them along like any other PDP member in the state.

“You have indeed shone the light for those who still feel there is any one among my opponents who is qualified enough to earn their confidence. Let them think again”, Governor Matawalle charged.

He however, said that the increasing confidence he is getting from the people will only ginger more commitment from his own part to do more for the good of the common man in the state.