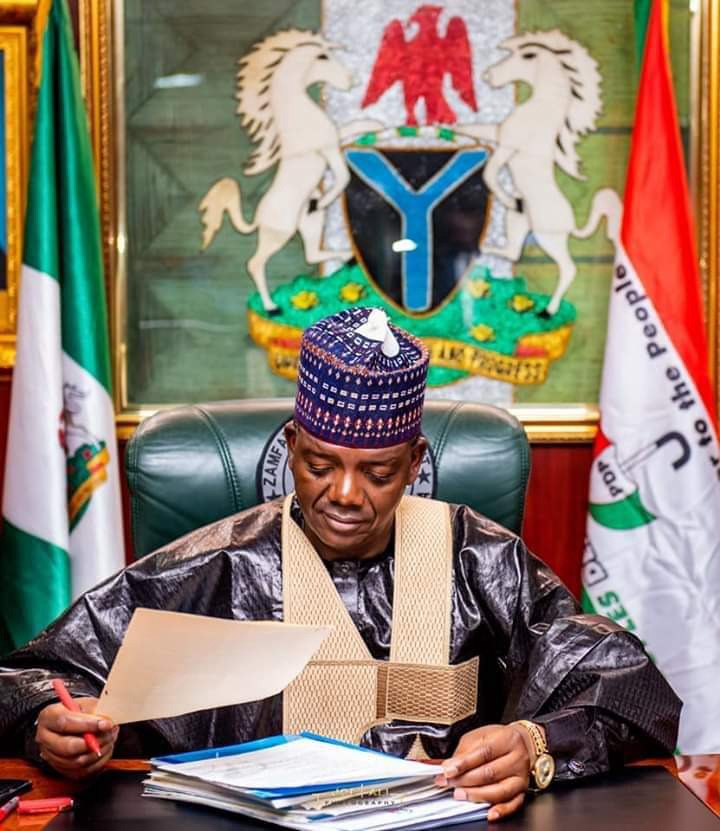 Tertiary Education is the backbone of expertise. It is the third stage of educational pursuit where professionals are trained, researchers are reared and where even Professors are produced. It is the topmost layer for knowledge acquisition that is today, a necessity and not a mere privilege. Universities are the highest achelon in this category.

Nigeria, with a population of over 200 million people is struggling today with a paltry number of Universities which do not exceed 140. It is heartening that the Federal Government, under the National Universities’ Commission (NUC) has opened the floodgate for not only state Governments to establish Universities, but the private sector as well.

Today, it is rather a shame that all the 35 states of the Federation each has its own University excluding ZAMFARA State. Indeed, the state is said to have a University since the year 2017, but alas, a non functional one. Today, the administration of Dr Bello Mohammed (Matawallen Maradun) is being vilified for the present quagmire without looking at the hard facts he met on ground.

It was at this stage that contracts were being awarded for the “development” of the University. Findings, for instance, indicated that a contractor was paid to supply beds and mattresses when hostels were not even built! That was the kind of shoddy approad adopted for the construction of a “world class University” in the state. After spending more than N3 billion, the University could still not take off properly. There were still no staff employed. There was still no blue print for academic pursuit. And in this scenario, over 700 students were said to have been “admitted” for the take off of the University.

When Governor Bello Mohammed took over the administration of the state, he consulted experts in education administration on the status of the University. A committee was set up to investigate it status which submitted a report pointing to the suggestion that the University should continue and also remains in its present site at Talata-Mafara.

However, if the University has to continue, it has to be repositioned on a solid ground for the credibility of the system and to avoid unwanted and embarrassing end in the process such as accreditation denials. Governor MATAWALLE, under the auspices of the Directorate for Higher Education, ordered for the understudy of neighbouring Universities to find a concrete blue print for the solid grounding of the University.

Today, the University is allowed to operate from a temporary site to allow for the development of the permanent site. Moreover, based on the Committee recommendation, Governor MATAWALLE’S administration is currently working out a take-off grant for the University yo kick-staff meaningful opperations.

Already, Governor Matawalle has secured a N1billion Tetfund intervention for the University. Moreover, the University cannot operate without staff. The Government has to employ permanent staff including substantive Vice Chancellor and his principal staff. Before then, the students were earlier and hurriedly admitted who now have to wait for these necessities to be addressed. This is painful, but necessary for the sake of quality.

It is therefore, a very pertinent appeal for all Zamfarans and indeed, lovers of education to cooperate with the present administration of Bello Mohammed in its constructive efforts at finding a solid and quality foundational background for tge take-off of the University. Very soon, the dream of a solid and quality University that can stand the test of time will be realised in ZAMFARA state under the leadership of Governor Bello Mohammed Matawalle

ZENITH BANK WINS “BANK OF THE YEAR, NIGERIA” IN THE BANKER AWARDS 2022

ZENITH BANK WINS “BANK OF THE YEAR, NIGERIA” IN THE BANKER AWARDS 2022