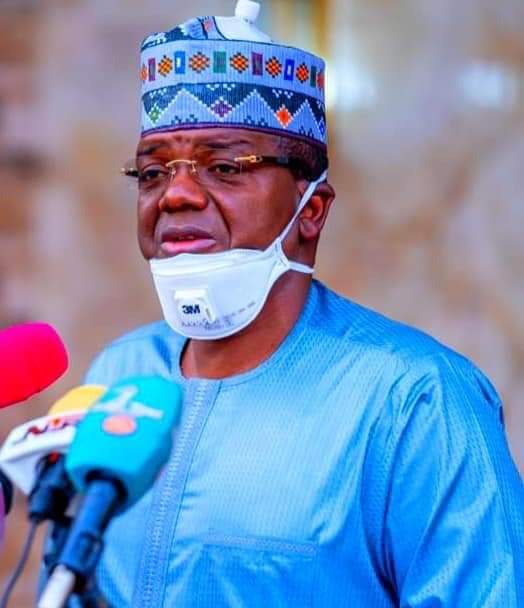 Governor Bello Mohammed (Matawallen Maradun) has granted pardon to 32 inmates of the Correctional center in Gusau this morning.

This is in addition to the earlier 22 he granted similar gesture on behalf of the Federal Government last week.

Governor Matawalle granted the pardon in line with the international calls to decongest prisons and maintain social distancing at all times due to the ravaging spread of covid-19.

The Governor adopted his earlier criteria of releasing inmates which include the demonstration and exhibition of changed behaviour on the part of the inmates and those whose terms have almost come to an end.

Another criteria followed in determining the beneficiaries of the gesture include those who have fully memorised the Holy Quran while in Prison.

Governor Matawalle, who was represented by his Commissioner for Justice, Hon. Nura Mohammed Zarumi called on those released to fully imbibe acceptable life styles and shun their old ways of life.

Governor Matawalle also providedl all the released inmates with financial support to take them home where they are expected to begin a new life.